I received a letter, a DD form 2705, when the Private was transported to the United States Disciplinary Barracks, more commonly known as Leavenworth.

Months before, a Corporal was standing on the sidewalk at his barracks, in North Carolina. He was waiting for his laundry to dry and making phone calls to his hometown in Ohio. From a neighboring building, the Private, high on Jack Daniels Tennessee Whiskey and Methylene-dioxy-pyrovalerone, or bath salts, sprinted across the courtyard towards the Corporal and struck him across the head with a 10-pound jackhammer bit.

The Corporal was on the phone with his fiancée. She heard the whole thing. There was hardly a struggle, only slaps and bumps, a scuffle and a groan from hair and flesh and bones meeting the brick building wall and poured concrete walkway.

The Private discarded his weapon into the bed of a pick-up truck and noticed another marine
approaching to investigate the late night commotion. He motioned to the marine and said,
“Hey man, come help me drag this body into the tree line.” That marine ran away.

Arrests were made, next of kin notified, and the friends and comrades of the Corporal whispered. The senior marines of the unit stayed at the barracks for an extra security duty the following night. My shift started at 0300, when the sun started to rise, I noticed that the forensic crews had cut the caution tape and left it all. Litter.

You know, the cops don’t do clean up. They just pick up the body and the big pieces.
So we rallied because we didn’t want the North Carolina sun to bake the blood into the asphalt
and start to smell, and we didn’t want his fellow marines to see the remaining carnage.
Our Company Commander brought his Black and Decker 300 psi pressure washer,
and the First Sergeant had rubber Haz-Mat gloves and 33-gallon trash bags from the maintenance
building, so we could wash away the trail of blood and discard the bone fragments and coagulated tissue, already gathering ants.

I used the small flat orange triangles, evidence markers left behind by NCIS,
because I didn’t have anything else. I had to get down low and pick up every bit of skull and sticky matter off the blacktop with a quick scooping motion, like flipping eggs.

At the trial, I watched the Corporal’s family take the stand. The mother, catatonic with grief, could barely speak. The sister recounted her year of crying and sadness and drugs to keep her sane, The father crushed imaginary stress balls in his fists like he was milking out his rage and pain as he mumbled responses to questions about his murdered son.

I took the stand, too and I thought about the military values that I’d proselytized for the past twenty years: brotherhood, commitment, teamwork.

The Private was a supply clerk, from an adjacent unit. Before he was accepted into the military,
he already had a medical record of suicide attempts, assaults, and hospitalization for mental illness. To the judge, he said, “I just wanted to kill someone. I’m sorry.”

The Private was sentenced to life without parole and I filled out my part of the DD form 2705
Notification to Witness of Prisoner Status, so I would stay informed. And maybe someday I’ll receive another letter. Maybe when the Private is moved to the federal prison system, or maybe when he petitions the court for an appeal, or maybe when he’s shanked in the kidneys, in the prison cafeteria and bleeds out on the polished concrete floor, where, with a dirty gray mop and a yellow bucket, one of his fellow inmates will have to clean it up.

When Robbie walked through the door he knew exactly where he was going. For the past hour, his eyes had focused on his target through layers and panes of glass, from his car seat behind a rain-streaked windshield, across the parking lot, and through the storefront window of the bar.

When Robbie walked through the door he pulled the handle harder than necessary and was grateful for heavy hinges and fluid-filled door-closing mechanisms that prevent slamming. The door was hung and cared for with the same attentive maintenance that he gave his own buildings and businesses. He had sacrificed blood and sweat to his bowling alley and his diner, but his heart and soul went to his wife, Claire. Robbie's hate could have torn a regular door clean from the jam and alerted everyone inside that he had come here to kill someone.

When Robbie walked through the door, Hemmy was looking into his shaker pint of flat, pale-yellow beer. If Hemmy knew what was coming his way Robbie wondered if he would have considered it half full or half empty, or if Hemmy thought of his secret relationship with Claire as a blessing or a mistake.

It was a short stride from the door to the mark. Straight around the bar and a left turn at the only other patron. No greeting, no conversation. Robbie grabbed the collar of Hemmy's flannel shirt and pulled him off the stool. With no support from arms scrambling for the bar top as his balance tipped from upright to horizontal, Hemmy dropped on his back. When Robbie overheard his wife's phone conversation with her lover, he’d shared that sickening sensation of vertigo mixed with the dread of knowing you've lost control, just before a chair tips because you've relaxed yourself a degree too far.
Like the polyurethane balls dropping onto the lanes at the alley, Hemmy's skull knocked a hollow sound on the hard wood floor. Robbie thought about league nights and tournaments watching the guys at Harmony Lanes, back when he and Claire were happy, when he was paying monthly installments on the engagement ring from Kay Jewelers.

​Robbie let out sharp breaths through clenched teeth with every swing of his heavy fists, like a tight fit of a tire pressure gauge on the valve stem. Hemmy went limp and his eyes glazed over, lost in a daze of a moment that he wouldn’t remember, but one that Robbie would never forget, like the day that Claire admitted she was seeing someone else. When Robbie realized that Hemmy was no longer feeling the pain from his fists, his rage faded and he heard the screams of the bartender and the patron. They shouted, “Stop” and “Police” and “My God.” Robbie studied the twisted and bloodied face of the unconscious man, who no longer looked like his old friend. The backs of Robbie’s hands were painted with both the blood of Hemmy, and his own from split knuckles and tears in and places that would never heal. 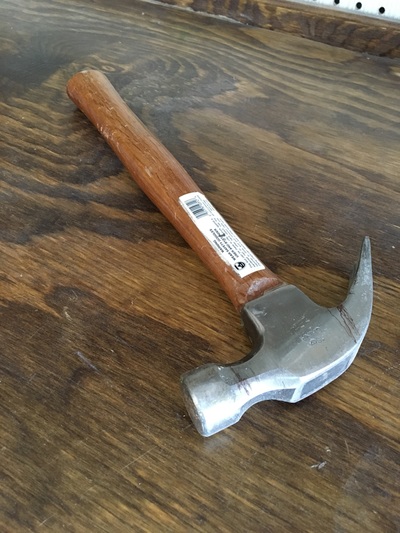 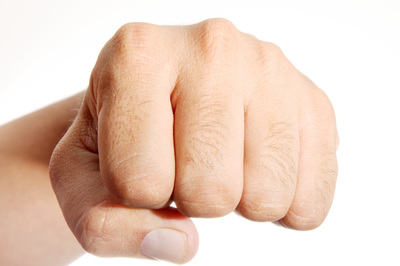 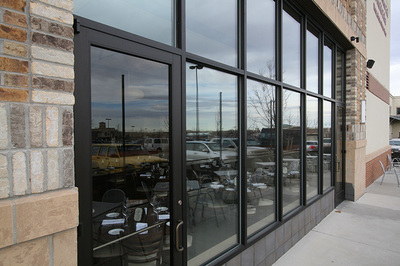 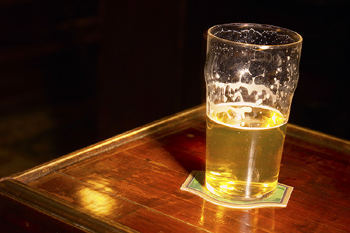